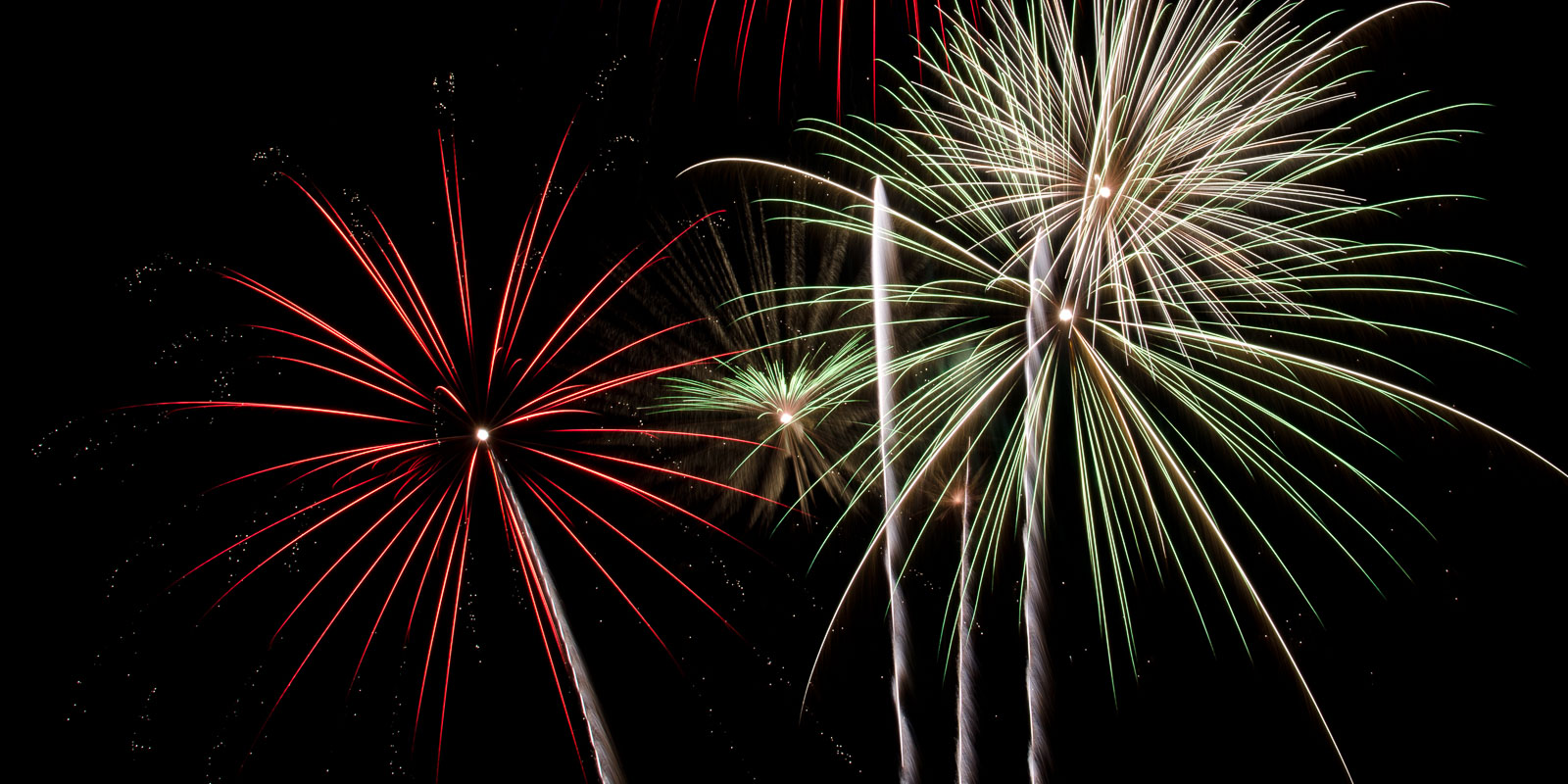 The following tips will help setup your camera for shooting fireworks.

Last night I went with a few friends to see and shoot the fireworks at Boomer lake.  I always enjoy the fireworks shows in Stillwater.  It’s small-town enough that traffic and crowds aren’t any real bother, but big enough that the show is still enjoyable.  The other nice small-ish-town bonus was being able to sit only 200-300 feet from where they launched, practically right underneath the explosions.

I shot the entire show with my new Nikon D7000, a Nikkor 35mm f/1.8G lens, tripod, and cable release.  I also decided to leave my circular polarizer attached to darken the scene a bit since I didn’t have an ND filter with me.  That meant not having to stop down quite as far as usual, even though a 1-2 stop difference probably wouldn’t have mattered either way.  All of the shots were taken at ISO 100, between f/11 and f/16, with bulb shutter speeds from 4 to 11 seconds, using the NEF raw format so I could pick color temperature later in Lightroom.  Most of the images seem to look best between 3000K and 3800K depending on the particular image and how warm I like it.

One of the best things about using the D7000 this year, along with more resolution and better image quality, was being able to use Live View to focus in advance.  With my older cameras I could only take my best guess at focus through the viewfinder, or attempt to dial it in manually at infinity on the lens – and worry about focusing past infinity. With Live View I was able to preview the scene in advance about 30 minutes before the show, zoom in to 1:1 on the Live View screen and manually dial-in focus at a distant target.  With relatively small apertures and deep depth of field, the fine focus probably didn’t matter quite so much. But I still enjoy perfecting the techniques.  Once the show started, I could just sit back and enjoy it, triggering long exposures with the cable release, and occasionally re-framing the camera on the tripod for different views.