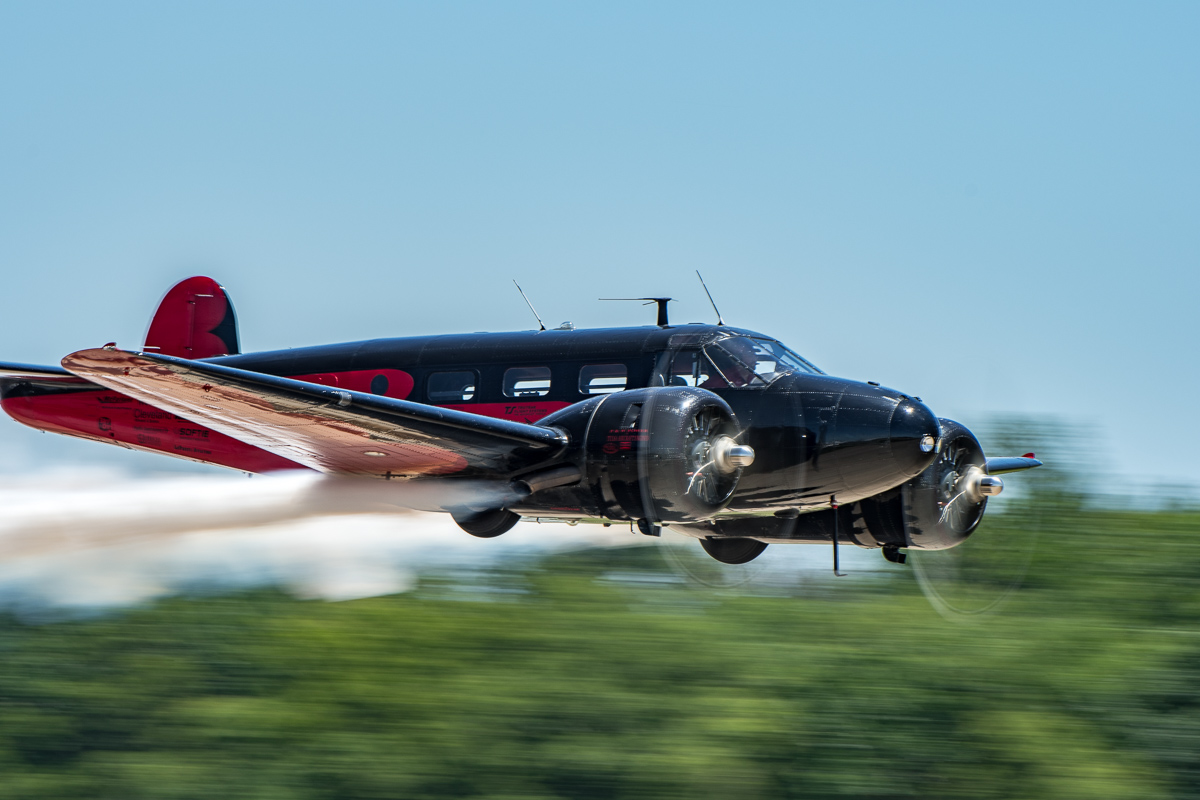 On Saturday, May 28th, I attended the 2016 Discover Aviation & Airshow Spectacular (website) at the Sundance Airport with my dad, brother, and nephew. The show was great and all the staff were very friendly and helpful.

A first time for everything

This was my first time photographing fast moving planes at an airshow and it was a real challenge. Just keeping the planes within the viewfinder was hard enough with a super-telephoto lens. Adding slower shutter speeds, in order to get propeller motion blur, raised the difficulty level even higher.

I had recently received my new Nikon D500 camera, so I was anxious to get outside and shoot. I shot most of the event with my Sigma 50-500 lens at 500mm.

A few days before the show I purchased an affordable gimbal head, the MOVO GH700. I used it for over half of my shots and handheld the rest when more mobility was needed. For shots where I didn’t need to maneuver through extreme positions, the gimbal helped with stability and taking weight off my arms. I wouldn’t have wanted to handhold the relatively heavy camera & lens combo the entire day.

The best part about using the gimbal was that I could let go of the camera at any time without concern for locking a ball head in place. It was always in a balanced and ready-to-shoot position.

I knew that I needed to photograph most of the prop planes at slower shutter speeds to capture motion blur from the propellers, but wasn’t sure exactly what shutter speed to use. My initial plan was to shoot around 1/100th second, but I later got talked into shooting slower at 1/60th second by another photography enthusiast at the show. He also suggested using Nikon’s 3D focus tracking which seemed to work just fine, although in the future I’d like to try group AF for comparison.

Shooting at 1/60th sec with a 500mm lens while tracking fast moving planes is difficult to say the least. 90% of my shots were unusable due to too much subject motion blur. It was very difficult to steadily track movement at such slow shutter speeds. However, the D500’s 10 frames per second saved the day. I would fire off a machine-gun burst while tracking a plane, and most of the time come away with one fairly usable shot.

Later in the day I sped up to 1/100th second and it didn’t seem to hurt the propeller motion blur much. I think I could have easily shot at even faster shutter speeds in several situations.